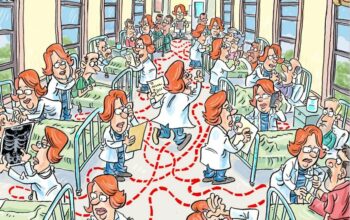 This book is a doctoral thesis written by Dr Margaret Faux. The catalyst for this PhD was an opinion piece published in an academic journal in 2012. The article alleged that doctors were rorting Medicare to the tune of $2–3 billion per annum. A media frenzy erupted, heavily critical of doctors, which triggered a growing concern Margaret had been harbouring for many years. Her experience was that doctors wanted to comply with Medicare requirements, but the so called ‘rules’ had become so complex and opaque, that it was often difficult to know what was right or wrong, and mistakes were therefore easy to make.

After the media attention died down, doctors really had no choice but to continue billing as they had always done, and do their best to comply, because it is almost impossible for doctors to not bill to Medicare in Australia. Most doctors would not have known what to change to ‘stop rorting’ in any event, because by 2012 compliant billing had become a somewhat nebulous concept.

Despite the significant impact of non-compliant Medicare billing on the proper functioning of the health system, the causes of the problem had escaped focussed academic attention. So, Margaret decided to embark on a journey to explore this area of law and medicine, and find out whether doctors were really all out there deliberately rorting Medicare, or whether something else was going on. What she found was a broken Medicare billing system in urgent need of reform. Read full article >

There are no reviews yet.

Only logged in customers who have purchased this product may leave a review. 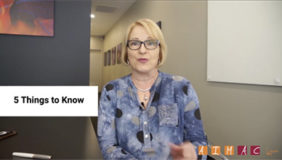 Refer, refer, refer! That’s a big part of your day, isn’t it? Are you doing it correctly though? Are you sure? 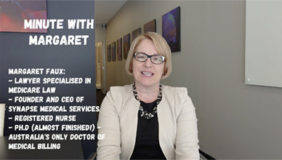 Part of the Minute with Margaret video series 1. Who are we

Who are we?
Watch now Read more
The Minute With Margaret SeriesBuilding Health Systems

FREE
Can Doctors charge whatever they want? 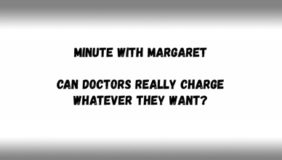 Part of the Minute with Margaret video series 6. Can Doctors charge whatever they want?

Save $9 by subscribing to the BEGINNER PACK
and get an additional $49 worth of learning.

Pay only $50 more by subscribing to the INTERMEDIATE PACK
and receive up to $248 of additional benefits.

Check out our subscription packages No, Thanks